A few months ago, Mirjam and I felt God tell us to move to Estonia. We don't fully know His reasons (yet), but here are some of the benefits for us moving overseas:

It wasn't an easy decision by any means, but I trust God and know that He prepares the way for us.

For those who had never even heard of Estonia before I met Mirjam there, and who still don't really know where it is or much about it, here are some interesting facts and figures I've collected... 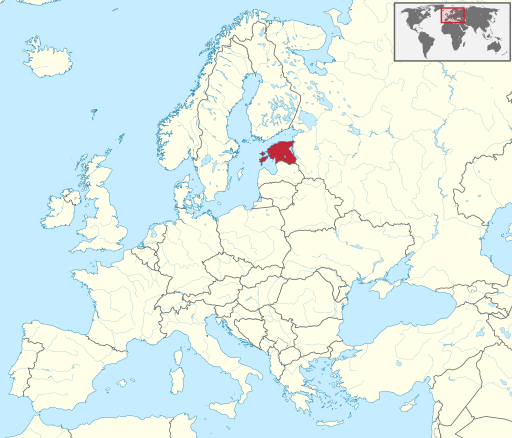 Estonia is roughly 45,000km2, measuring around 270km across the mainland's widest point. The land is mostly flat, with the highest point reaching just over 300m above sea level. Over 2,000 islands in the Baltic Sea belong to Estonia.

The average annual temperature in Estonia is 5°C. Average temperatures for the coldest and warmest months of the year are -6°C (February) and 16°C (July) respectively.

Estonia is one of the least religious countries in the world, with only 14% of the population stating that religion is important to them. Of those who are religious, Christianity is the prevalent religion, with the two most prominent affiliations being Eastern Orthodox and Lutheranism.

Estonia is a member of the European Union and uses the Euro as it's sole currency.

Their very strong IT sector means Estonia is considered to be the most technologically-advanced country in Europe. One claim states that Estonia has the most start-ups per person in the world. Some of the well-known success stories from Estonia's IT sector include Skype and Transferwise.

Estonia has had a rough history, after being occupied and controlled by many countries, primarily Russia and Germany in the 20th century. Estonia declared independence in 1918, and remained independent for 22 years. They were then occupied by the USSR, Germany, and then the USSR again over a 50-year period. Estonia reclaimed its independence in 1991 (through singing!).

I hope that's given ya a better idea of the country that I'll soon be calling me home. I will miss a lot about Straya (me family, culture, tucker, mountains, beaches), but not everything (heat/humidity). I'm looking forward to the next chapter in me life (not least of which because it includes the birth of our first ankle-biter!), and trust God to lead me where He will.